What’s Next for Navitus: A Conversation with CEO David Fields

Find out what our new CEO has to say about joining Navitus and what’s next for the organization. 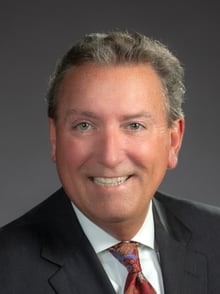 This April, we officially welcomed David Fields as our new President and CEO. Previously the president of our sister organization Dean Health Plan, David spent the last year serving as our interim leader and we were thrilled to have him join us on a permanent basis as our first new CEO in 15 years. For this exciting occasion, we were able to catch up with David to ask him some of our burning questions.

Before coming to Navitus, you held leadership roles at a number of major health care organizations, including Dean Health Plan, Blue Shield of California and Aetna. What was it that convinced you to join Navitus?

David: At first, I was an accidental tourist and just kind of fell into Navitus at the request of my boss. To be very honest I didn’t know a lot about the PBM business, and frankly what I knew I didn’t really care for.

However, what I quickly found at Navitus were people with an incredible passion for driving down the cost of health care for millions and millions of people and for making health care less fragmented and more user friendly. Once you get to know the people at Navitus, you can’t help but to gravitate towards them and to want to be one of them. I couldn’t be more honored to be chosen to lead the company on a permanent basis.

One of the big stories about the PBM industry this year was Costco partnering with Navitus as a minority owner. Can you tell us why Navitus chose Costco?

David: As an organization, we developed some guiding principles to determine who would qualify to be a partner with us. One was cultural alignment. We wanted an organization that would see the world in the same way, not one who would come in and say, “Well, let’s change the model,” because we are very passionate about our transparent and pass-through model. We wanted to make sure that we had a partner that could help us grow.

During the process, we found out that we were incredibly aligned with Costco. If you think about the Costco model, it’s to go out and find the best products and buy at the best prices, and then pass along those prices to their customers. That aligned with us because buying medications at the best price and putting them in the hands of consumers is core to the Navitus model. Plus, we had already gotten a good sense of their culture and values over many years, first in working with their PBM, Costco Health Solutions, and later after we started managing their employees’ pharmacy benefits in 2019.

There’s been a large amount of consolidation in the PBM industry in recent years. How do you see Navitus fitting into that trend?

David: With our new relationship with Costco, we will be able to accelerate our growth so that our model is able to benefit more people. So we’re really kind of starting to look outwardly and investigate if there are organizations out there — they could be startups or mid-sized companies — where we share a similar philosophy, or if they have tools that we could use that we were otherwise going to build. We’ve never been acquisitive in the past, but I expect us to be acquisitive in the future.

Where do you see Navitus in five years?

David: My focus for the next five years is, in particular, working with Costco. Let’s figure out how we can buy at the best price and let’s figure out how we can get the best product into the hands of the consumer expeditiously. I think there’s going to be a lot of disruption — Navitus has always had a disruptive model, and now with Costco, we’re looking forward to being a further disruptor to the status quo in the pharmaceutical world.

Navitus is one of those rare companies that’s truly disrupting the industry and actively helping ensure that people across the nation have access to affordable prescription drug coverage. What we’re going to do is to make it even better by listening to what our customers have to say and addressing their biggest concerns.

With the industry demand for greater transparency and affordability, we have a tremendous opportunity ahead to expand our reach, help more customers and members and ensure our disruptive business model becomes the industry standard.

Want to learn more about Navitus? Check out our e-book for more about our 100% pass through, lowest-net-cost model. 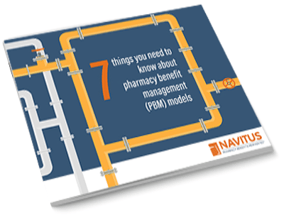