What to Watch in 2020: Specialty Drugs

It’s the New Year and that means there’s a new batch of drugs in the pipeline. Here’s what you should be paying attention to in 2020. 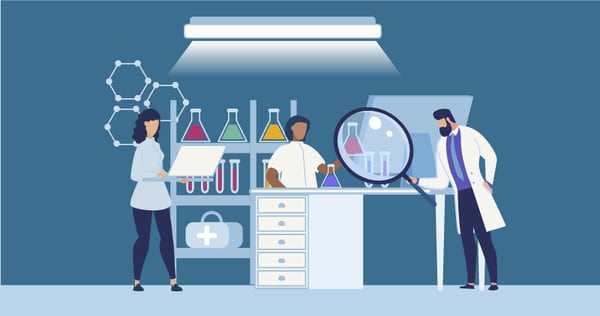 If you read last week’s article on drug development, you will know that it is a lengthy process that takes years of research and testing. Today, we will be focusing on specialty drugs that are approaching the end of Phase III clinical trials or that are being reviewed by the FDA in 2020. In some cases, we will also highlight medications in an earlier testing stage that show great promise. Just know that these won’t be coming to market this year, or possibly even next year.

With that in mind, here are the specialty drugs to watch in 2020:

Duchenne muscular dystrophy (DMD) is a severe, hereditary type of muscular dystrophy that affects 400 to 600 boys in the United States annually. While the mainstay of treatment for most patients has been corticosteroids, more targeted disease-modifying therapies are being developed and approved.

Cystic fibrosis is a hereditary condition that damages the lungs and digestive system. Although significant treatment breakthroughs have occurred in recent years, many patients have mutations that lack effective treatment. With a new treatment option, that may change.

NASH is the most severe form of non-alcoholic fatty liver disease (NAFLD) and is associated with fat build-up on the liver, inflammation and liver fibrosis. Severe forms of the disease are a leading cause of liver cirrhosis and transplantation, and is linked obesity, pre-diabetes and diabetes. We anticipate the first NASH drug may be approved in 2020, with another filing in 2020 and five more Phase III drug candidates that may pursue approval in 2021 and 2022.

Spinal muscular atrophy (SMA) is a genetic disorder that results in inadequate levels of SMA protein, which leads to wasting and weakness in skeletal muscles. The most severe form of the disease, SMA Type I, typically results in a life expectancy of less than 2 years. Less severe forms are more common, with a wide variety of severity largely correlated with the age of symptom onset.

Several new or upcoming specialty generics may have significant impact in 2020. Availability of generic products may be dependent upon patent expirations, FDA approval, results of ongoing patent litigation and specific terms of confidential settlement agreements. Some key examples of products that could potentially become available include:

Overall, 2020 is shaping up to be an exciting year for specialty drug releases. Be sure to join us again next week when we will explore the pipeline of the most important non-specialty medications for 2020.