[Webinar On-Demand] The Keys to Lowering Your Rx Benefit Costs

Hear first-hand how Texas Association of Counties (TAC) fine-tuned its Rx benefit plan performance and experienced significant savings. Watch the on-demand webinar to find out how.

During a recent State and Local Government Benefits Association (SALGBA) webinar, Texas Association of Counties’ (TAC) Brian Naiser co-presented with Navitus’ Byron Mickle, to explain how TAC’s decision to challenge the status quo in a quest to better manage expenses and explore a new approach to pharmacy benefits led to significant savings for the plan and its members. 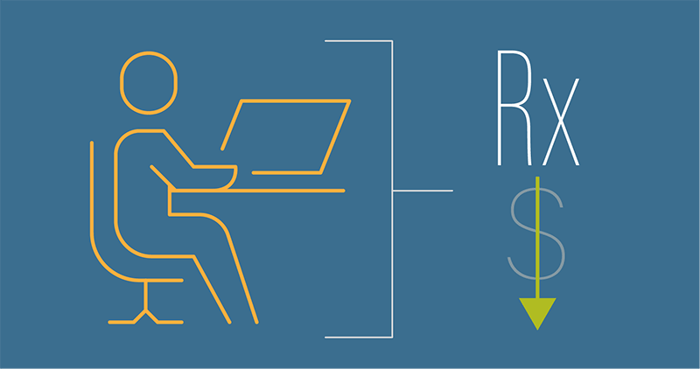 To kick things off, Byron Mickle, Chief Growth Officer at Navitus, shared a little about the company and provided a valuable perspective on how the definition of transparency can vary significantly across the pharmacy benefit management (PBM) industry.

"If you were to ask ten different PBMs what their definition of transparency would be, I feel fairly confident in saying that you'd likely get ten variations of that definition... [At Navitus] we not only operate in a transparent way, financially speaking, but we also do so in an operational way. And we think that's important."

Pharmacy benefits are complex as it is. Nevertheless, that’s especially true for plans that have never had experience working with a truly transparent, pass-through PBM model. Often plans don’t realize how much more they could be getting out of their pharmacy benefits.

Why Fix What Wasn't Broken?

Brian Naiser, Financial Manager at TAC, started by sharing some background on how TAC’s Health and Employee Benefits Pool (HEBP or the Pool) got started down the road to reconsidering its pharmacy benefit plan.

Brian said, “Why fix what wasn’t broken?” The Pool had a good relationship of over 10 years with its traditional PBM, its members were getting the prescription drugs they needed and the Pool was seeing discounts improve and rebates go up. All was good. Or was it?

At the suggestion of its consultant, the Pool conducted a comprehensive review of its PBM contract to ensure it included language that was in its best interest, not the PBMs. As it did that, it became apparent that there were several components limiting visibility into drug pricing and savings.

“So, why fix something that wasn't broken? The answer clearly was that it was broken. The Pool was experiencing unsustainable cost increases, and we had an outdated, traditional, pro-PBM contract that prevented the Pool from doing anything to manage the plan's increasing pharmacy costs.”

Once TAC HEBP decided to partner with Navitus, the implementation process began, which included a robust communication strategy, along with several new programs to help improve member access to prescription drugs and contain costs for both the plan and its members.

So, was it worth it? The results speak for themselves. TAC HEBP reduced its pharmacy benefit costs by 26% in the first year, which far exceeded its expectations and estimates outlined during the request for proposal (RFP) process. However, as Brian indicated, this wasn’t just a one-time, big splash.

“We were also able to sustain the savings in year two [with Navitus]. We reduced the net plan paid by 29% … [and] reduced member copays by 15%. So, we weren’t just cost-shifting. The savings to the plan didn’t come from cost-shifting to our members.”

Want to hear more? Watch the on-demand webinar to unlock the remaining keys to lowering your Rx benefit spend.