Bloomberg Article: How Navitus & Costco are Partnering to Lower Costs

Bloomberg Businessweek recently featured Navitus in an article showcasing its relationship with Costco Wholesale Corporation and its plan to accelerate growth and achieve greater savings for plan sponsors.The article goes on to discuss the value of Navitus’ transparent, 100% pass-through business model, and how Navitus is committed to lowering drug costs and improving health for customers and their plan members. This blog post provides highlights from the article. 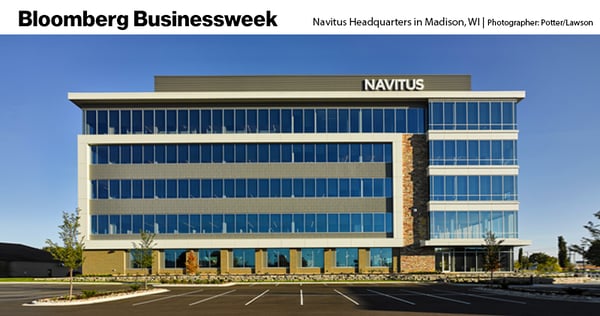 Navitus: The Right Choice for Costco
With ever-increasing drug spend and medication affordability challenges, employers look to PBMs to help them cost-effectively manage their drug benefit. In 2013, Costco began selling Navitus PBM services to small companies via its Costco Health Solutions business line. After seeing success, Costco brought its health plan benefit under the program six years later, saving millions of dollars in drug spend. In 2020, Costco invested in Navitus to help accelerate its “growth at a time when drug costs are increasingly burdening U.S. business and consumers.”1 Not only did Costco benefit from a lowest-net-cost, alternative PBM solution, but Navitus also helped take the complexity out of managing its drug benefit.

Partnering to Accelerate Growth and Achieve Greater Savings
Navitus continues to grow; it currently serves 7.3 million lives, with 800,000 more expected by 2022. And Navitus has partnered with Costco to help speed up its growth strategy. According to David Fields, President and CEO of Navitus, the common goal that brought these organizations together, is that "…both companies agree on the goal of lowering prescription costs."1 Victor Curtis, the Senior Vice President for Pharmacy at Costco stated, "You can see how there are synergies in this relationship, in terms of both [Costco and Navitus] driving costs out of healthcare."1

The Value of a Fully Transparent PBM Business Model
The marketplace is demanding transparency more than ever. Since transparency is central to Navitus’ business model, clients can clearly see the benefit. In 2003, Navitus signed the Wisconsin Department of Employee Trust Funds (ETF) as its first client. In the article, Eileen Mallow, the Director of Strategic Health Policy for ETF, shared her thoughts on the value of a transparent PBM model: "We believe we’re getting the best possible pricing we can overall for our pharmacy book, and it is because we can see the numbers."1 Ms. Mallow went on to say that, "We couldn’t get anybody to agree to that model."1 An independent audit of claims in 2019 showed that drug costs were 5% below the amount stated in the contract, and that the company realized more than $12 million in savings.

Navitus continues to reinvent pharmacy benefits. Over the last 18 years, it has consistently received high marks for customer satisfaction and has earned multiple industry awards and accreditations.

You can read the original Bloomberg article here.